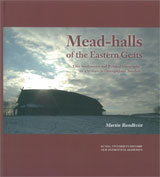 The Swedish province of Östergötland is one of Scandinavia's breadbaskets, with an archaeological and historical record that speaks of great wealth through the ages. The province has long been recognised as one of the first millennium's political hot spots. Splendid single finds, though never before surveyed comprehensively, offer a rough idea of where elite settlements might be sought. But little has been known about individual elite settlements in first millennium Östergötland.

Not one of the Beowulfian mead-halls of this book's title, the ostentatious manorial buildings where the Late Iron Age elite lived their lives and played their roles, has been identified in the field. Yet they are easily recognised elsewhere through their architecture and associated find categories.

This book aims at beginning to remedy Östergötland's regional absence of mead-halls, being an investigation of the province's internal political geography during the period AD 375-1000. Where were the elite settlements?

MARTIN RUNDKVIST is an archaeologist who received his doctorate from the University of Stockholm in 2003. He is mainly active in research into the Bronze and Iron Ages in Scandinavia. Furthermore he edits the journal Fornvännen and keeps the internationally popular Aardvarchaeology blog.