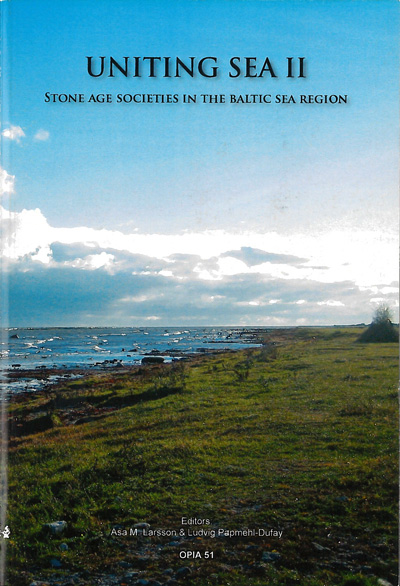 The second Uniting Sea workshop was held in Stockholm, Sweden in late October 2006. The event gathered participants from eight countries atound the Baltic Sea, and 19 papers were presented covering a range of topics and geographic areas connected to the main theme of the workshop, i.e. Stone Age societies in the Baltic Sea region. This volume presents 12 of the papers presented at the workshop. The title "uniting Sea" refers not only to the communicative importance of the sea during the Stone Age, but also to the need today of contact and continued discussion across nation-borders to bridge the gap between research traditions in different countries. Hopefully the present publication can contribute to further discussions and contacs in this respect, across the Uniting Sea.