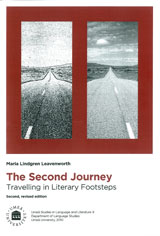 The second journey is a contemporary journey made in the footsteps of an earlier traveller. The original travelogue, the first journey, functions as a map which guides second travellers not only to their geographical destinations, but also to a sense of authenticity. Although based on ideas of emulation, reiteration and cyclicality, the second journey transforms places which are already figuratively and literally mapped into new landscapes. This study situates second journeys in the textual and conceptual history preceding them, with focus on issues of authenticity, originality and intertextuality. Three case studies illustrate variations on the form. The first contains an analysis of a scientific second journey: Robert Swan and Roger Mear's In the Footsteps of Scott. This project takes the second travellers along Robert Falcon Scott's route through Antarctica to the South Pole. The second case study concerns female travellers in West Africa: Mary Kingsley travelling at the end of the nineteenth century and Caroline Alexander emulating the journey a century later in One Dry Season. The third variation on the second journey, a biographical project, is exemplified by Nicholas Rankin's Dead Man's Chest. Rankin travels in the footsteps of Robert Louis Stevenson through Europe, North America and to the Pacific Islands. The Second Journey: Travelling in Literary Footsteps sheds light on a largely neglected subgenre of travel literature. It is aimed towards readers with an interest in travel writing, in postmodern developments of the genre, and in how the central issues of originality and authenticity are negotiated in contemporary travel texts.