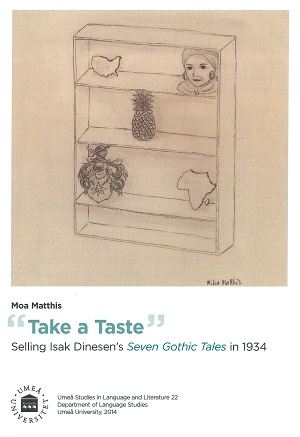 This study explores the marketability of Isak Dinesen's Seven Gothic Tales, published in the US in 1934. The term marketability is used to refer to the book as a potentially desirable object for sale on the market, promoted by the Book-of-the-Month-Club. It is also used to refer to Seven Gothic Tales as a literary investigation of the conditions of being and identity-construction at a time when mature capitalism evolved into a consumer-based economy during the first half of the twentieth century. In this reading, the Great Depression figures as a moment that reveals the degree to which consumerist ideology and logic had become the only way to imagine being and identity, a condition that Seven Gothic Tales both reflects and resists. The effects of globalized transformation of production and consumption were felt in the two places that went into the making of Seven Gothic Tales: colonial Kenya where the author lived between 1914 and 1931 and where the book was begun, and the US where it was first published. This study argues that the success of Seven Gothic Tales in the US depended on the marketing strategies of the Book-of-the-Month-Club, but also on the way in which Isak Dinesen's experience of colonial Kenya was an experience of commercial modernity that reverberated with the experience of the American readers.