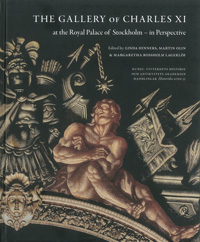 In 1700 the construction of a new royal palace in Stockholm was under way. At the behest of the Swedish king, the architect Nicodemus Tessin the Younger invited French artists and artisans to come to Stockholm to work on the interiors. Largely completed in 1703, the gallery in the state apartment celebrates the reign of King Charles XI (r. 1660-1697). It tells us not only about the transfer of artistic practices but also about the propagandistic force of Louis XIV's absolute rule.

The 17 essays in this volume are based on presentations given at an interdisciplinary symposium in Stockholm.