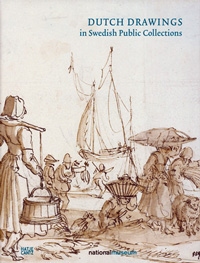 While the Nationalmuseum's collection of drawings makes up the bulk of the material in this catalogue, drawings from ten other museums, libraries and archives are also included. As in previous volumes, the drawings are ordered by century. The majority are 17th-century works. Only around twenty drawings are from the 18th century, and just two are by 19th-century artists. Many artists, of course, lived and worked across such artificial boundaries. Artists born after 1570 are included if the main bulk of their work falls within the 17th century, but even Abraham Bloemaert, born in 1564 but active until 1651, is found here, since almost all the drawings included are dated after 1600. On the other hand, artists born late in the 16th century, but dead by c. 1600, will be included in the catalogue of 16th-century drawings.