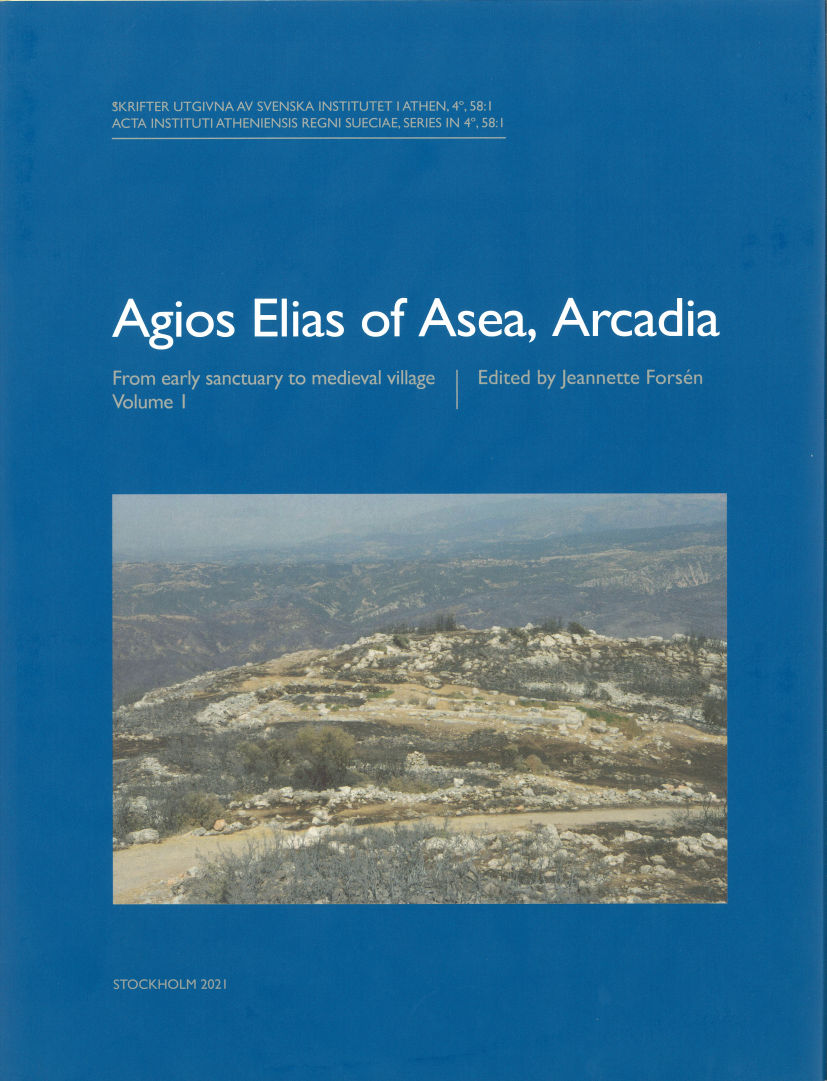 Agios Elias of Asea, Arcadia – From early sanctuary to medieval village Volume I

A brief four-week excavation campaign in 1997 at the temple on top of the mountain of Agios Elias at Asea produced abundant archaeological material which partly is presented in this study, along with a stratigraphic report of part of the excavated area. The pottery, miniature vessels, miscellaneous terracotta finds, roof tiles, faunal and human bones, glass, coins, sculpture and miscellaneous stone objects are included in the present work. The first focus of activities at the site took place around c. 720-690 BC (Early Protocorinthian). No architecture was found in connection with this period. However, roof tiles of a temple and some auxiliary buildings from c. 590-560 BC (Middle Corinthian­-Late Corinthian I) are accompanied by a large amount of pottery which point at a second floruit of the site during this period. Some of the pottery is local/regional, with other examples originating from many parts of southern Greece in addition to Attica and possibly East Greece as well. During the 14th century AD a village, named Kandreva, and church existed where the ancient temple once stood, as indicated by numerous burials, pottery finds, and coins. Then, as during ancient times, the presence of exotic pottery indicates that, although seemingly "hidden" in the Arcadian mountains, this site was far from isolated.