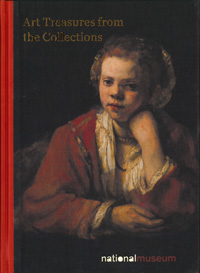 Art Treasures from the Collections

Nationalmuseum is one of Europe's oldest art museums, engendered by 18th-century enlightenment and the age of revolutions. It was founded in 1792, one year before the Louvre in Paris, and opened for the public two years later at the Royal Palace. The museum is based on the transfer of Gustav III's collection to public ownership and was at the same time established in memory of the dead king. The museum therefore houses major sections of the earlier royal collections and in this way differs, for example, from several large North American museums.

Nationalmuseum's collections are incredibly rich. Over 700,000 objects offer many possibilities for everyone. In order to provide visitors with a clearer idea of the history of the collections and the riches they contain, this volume offers an introduction and examples. Its ambition is to give readers as representative and inspiring a selection as possible.