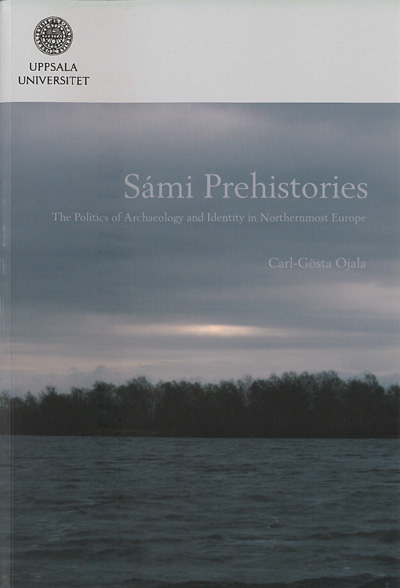 Sámi Prehistories – The Politics of Archaeology and Identity in Northernmost Europé

Throughout the history of archaeology, the Sámi (the indigenous people in northern Norway, Sweden, Finland and the Kola Peninsula in the Russian Federation) have been conceptualized as the "Others" in relation to the national identity and (pre)history of the modern states. It is only in the last decades that a field of Sámi archaeology that studies Sámi (pre)history in its own right has emerged, parallel with an ethnic and cultural revival among Sámi groups.

The dissertation investigates the notions of Sámi prehistory and Sámi archaeology, partly from a research historical perspective, and partly from a more contemporary perspective relating to questions of identity, politics and democratic rights. The aim is to explore how the Sámi and ideas about the Sámi past have been represented and debated in the archaeological narratives from the early 19th century until today, focusing primarily on Sweden but also to a certain extent on Norway, Finland and the Russian Federation. The aim is also to investigate the development of the archaeological field of study often called Sámi archaeology, as well as the demands for greater Sámi self-determination and reburial.

In the dissertation, it is argued that there is a great need for discussions on the ethics and politics of archaeological research, and a relational network approach is suggested as a way of opening up some of the black boxes and bounded, static entities in the representations of people in the past in the North.